Blog What Foreigners Love About Working and Studying in Bulgaria

What Foreigners Love About Working and Studying in Bulgaria 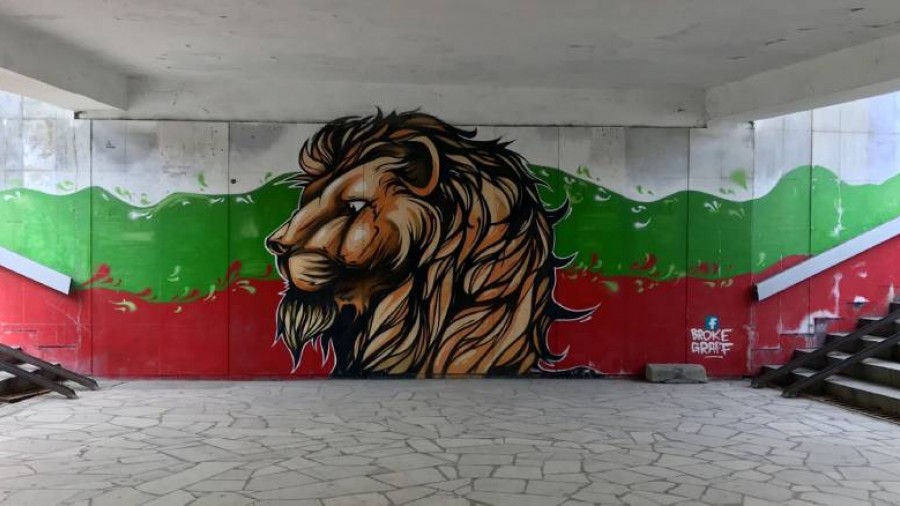 What is it that brings foreigners to Bulgaria and what makes them stay? Today we are going to discuss all that we noticed over the years, even though the reasons and possibilities are endless and impossible to describe in a single blog post.

This post will be interesting for you, if you are: Now, to get you all interested, we would like to share the following video made by the Bulgarian government, which features a lot of foreigners who share what they love about Bulgaria.

What's more? We listed five of the biggest motivators for foreigners to move to and stay living in Bulgaria below.

They love the people and their culture

Next to the great locals in Bulgaria, certain cities (especially Sofia, the capital) are home to a great amount of  workers, students, expats and welcome over 12 million international tourists per year. The tourism industry is growing bigger almost every year, which makes for a highly international environment in especially Sofia, but also in bigger cities throughout the country.

The international environment makes that most people enjoy the small changes in the environment, instead of suffering from a culture shock.

One of the most wonderful things to explore while in another country, is the culture. Bulgarians are very proud of the rich folklore traditions their country is known for; folklore, opera singers, musicians are famous around the world. Next to that, national costumes, traditional rituals, folk dances & music play a big part in the life of many Bulgarians.

We highly recommend you to immerse yourself in the rich culture of Bulgaria, and maybe even learn a dance or two.

Bulgaria is a safe country with great healthcare

Although the main rules are the same in every big city, Sofia can be considered one of the safest of capitals in Europe with violent crimes being almost non-existent. While some petty theft crimes, such as pickpocketing, do happen from time to time - numbers are very low compared to other (Western-)European cities.

As a multicultural country, it is very accepting different cultures and religions and walking on the streets at night can be considered very safe.

Next to that, you also don't have to worry about healthcare. Bulgarian healthcare is universal and state funded through the National Health Insurance Fund. Bulgaria spends around 4.2% of its GDP on healthcare and has around 1.8 doctors per 1,000 people, which is above the EU average.

Major hospitals and clinics are at the same level of quality as most of Europeans are used to back home. Next to that, the cost of health and dental care is extremely low compared to the Western world. More about costs in the next part.

The cost of living in Bulgaria is low

With the minimum wage in Bulgaria being under €300, while not necessarily a good thing, the cost of living is also much lower than in many Western-European countries. To put that into numbers, a pizza or salad at a restaurant would go for about 3-5 euros, a soda 1 euro and a beer for 1-2 euros. You can check out realistic costs for many day-to-day items at Numbeo.

Next to that, you can learn the Bulgarian (or any other) language at prices ranging from 7,50 to 15 euros per hour from a great range of teachers. Get a ski pass for a day for 15 euros, a return flight ticket from Sofia to the seaside (or vice versa) for 50 euros (or 15 euros). Finally, getting your driving license goes as far as 300-500 euros.

The cost of living is one of the major factors people take into account when moving to another city, and it's an important factor in planning your budget and spending expectations. If you want to see a good comparison of all European countries, click here!

4 seasons and a beautiful nature

Although some people dream of a constant summer, those who appreciate all four will have a great time in Bulgaria. With cold and snowy winters, hot and long summers with pleasant autumns and springs in between, you don't need to get bored. You can be outside (and at the beach) and have fun without being cold from spring until summer, (build snowmans, if you wish), and enjoy a retreat or winter sports holiday in the winter.

Beautiful nature and lots to explore

Bulgaria is one of the few countries with a very well preserved nature: Three National parks, nine Nature parks and many reserves (two of them included in the UNESCO list). There are eco-trails, which run through the protected areas and show unique natural wonders for all those interested.

Our colleagues are always on the lookout for interesting hikes in one of the beautiful mountains Bulgaria has to offer - we even have an unofficial Yource Bulgaria hiking group! We'll write another post, sharing some of our ideas with you in the very near future.

That were some of the biggest reasons for people to come working or studying in Bulgaria, but we are going to add more to that list very soon.

In short, what we noticed people love about Bulgaria: If you want to see 12 other reasons to live and work in Sofia, Bulgaria - click here.
Interested why Bulgaria is such a great spot for BPO? Click here.
Share this
view all news